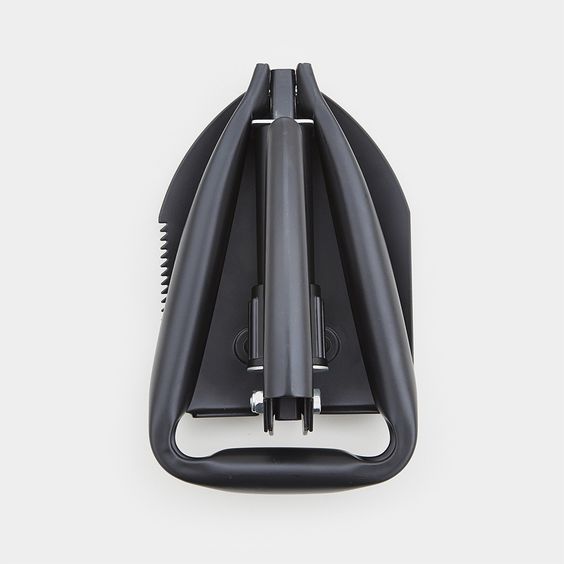 If you're a someone who's interested in disaster preparedness like me and my family, then you know how many different tools and types of equipment you need to be ready in case anything happens. One of the most important tools you can have is one of the best foldable shovels available.

At a Glance: Our Top Picks for Foldable Shovels

Why Buy a Foldable Shovel?

By definition, those who are interested in disaster preparedness are ready for anything and everything.

Just look around you: this year has been full of political and social chaos already, both domestically and internationally. It's not hard to imagine a scenario like a nuclear exchange involving any of the US, Russia, China, and North Korea taking place, violence in the Middle East spilling over into full-scale war, a government crackdown on gun rights, or any other situation. Any of these could cause a partial or total collapse in our society and economy. That is what we are preparing for, and that preparation requires tools.You need to be ready to re-establish your home and family in a new area.

Especially if you live near or in a city, you will most likely need to relocate to a safehouse that is farther from the population centers.

Uses of the Shovel After a Disaster Situation

That means you will need to become more self-reliant and mobile. It's hard to replace shovels, because you will need a way to dig. Digging is a critical part of constructing many different buildings and edifices. For example, you will need trenches for plumbing and fences, holes for building foundations, and channels to redirect water flows. But carrying a big, heavy shovel around is not practical when you need to pack light and be prepared to run at a moment's notice. That's where the foldable shovel comes into play.They are lighter and more compact than a full shovel, but bigger and more functional than a trowel. That means you can carry them with you if you need to move quickly, but they still give you all the results of a full shovel.

Benefits of a Foldable Shovel

You can fold them up and put them into your bug out bag, for example. Of course, they can also double as a weapon if things get to that point. Ideally, you want to remain nonviolent, but you can never be sure how an encounter with someone will go.

Many of the best foldable shovels also come with extra tools and features. For example, they often have special edges that give them several uses, making them giant Swiss army knives. Some come with extra small tools in the handle. All of these things give you some more value for your money, and they are space-efficient to boot. Space and dollar efficiency are two of the biggest virtues of pepper-friendly gear. A good foldable shovel must also last for a long time. If things really do turn sour, you can't be sure that you can get another one easily.

All tools, especially metal ones, will become important commodities. Your survival could depend on the tool lasting as long as it takes for you to get established and stable- and that could take years. The more you use the shovel, the longer it has to last to be worth buying.

In a hurry? Here's a snapshot of the Best Foldable Shovels:

Review of the Best Foldable Shovels

United Cutlery gives us a shovel that is a little more traditional in that it doesn't come with several extra tools in the box. This shovel is less versatile for that reason, but it still has a few edges that have different surfaces and different roles.

The UC moves a good amount of dirt for its size and weight. Overall, this is just a more focused tool. You can see that in the slightly better quality of the shovel itself: it cuts through dirt better and is easier to push on with one or both feet using the flanges on the sides.

The sheath is also very nice because you can swing it from a belt instead of having to fit it inside your backpack. That leaves you with more room for other things.

The Wolfwill foldable shovel is a little new on the market, but it boasts quite a feature set. Some of the features are part of the shovel and its parts and others simple ship with the shovel. It is unlikely that you will need to use all of them, but probable that you can benefit from at least some of them.

Don't be disappointed if you never use, for example, the whistle. The multiple handles are great for adapting the shovel to different tasks, and there's just so many features that you will always have something for the shovel to do.

It's also quite compact and light for its strength level, so you should be able to fit it into a bugout bag or carry it along with you without much trouble. You can also keep it in your car. Overall, the Wolfwill is a good, if unproven, foldable shovel. If possible, try to get it on sale because you might not want to pay full price for a shovel as expensive as this when it is made in China.

You are running the risk that you will have to try to return it, which may or may not be possible.

This shovel is a contrast to the other two because it costs notably less. However, its small size means you cannot really make this your only shovel. The other two are large enough that you can get away with them being the only digging tool you use, but this one is harder to justify in that role. It makes up for that small size with great durability and the best portability on this list.

The extra edges and tools work very well and you should have no problems getting them to perform. This shovel works best as a backup or secondary shovel, or as the shovel you bring with your on field expeditions.

That is not to say that it is a bad buy: at only $25 it is very cheap, and it takes up very little room in addition to being very light at under 1.5 pounds. If you treat it as it is meant to be treated- a small multitool that can do some digging, as opposed to a full shovel- then you'll get amazing value out of this shovel.

My final recommendation is that you buy at least the Wolfwill shovel and consider purchasing the Fodachi small shovel as well.

The Wolfwill is the best foldable shovel I could find not only because of its quality and durability, but also because of all the extra tools you get with it. Those can really help you fill in some holes for your bugout bag.

We found the United Cutlery shovel was good, but just didn't have enough value to justify the price. I am a big fan of having the small Fodachi shovel around because it's so versatile that you'll make use of it somehow. Plus, when you talk about the kind of scenarios disaster preparedness folks like me are ready for, it always pays to have backups of advanced tools.

I think the Wolfwill will last you a long time, and while none of these shovels can move as much earth as a full shovel, it gets the job done. It's efficient with respect to your dollar and your space- get one.