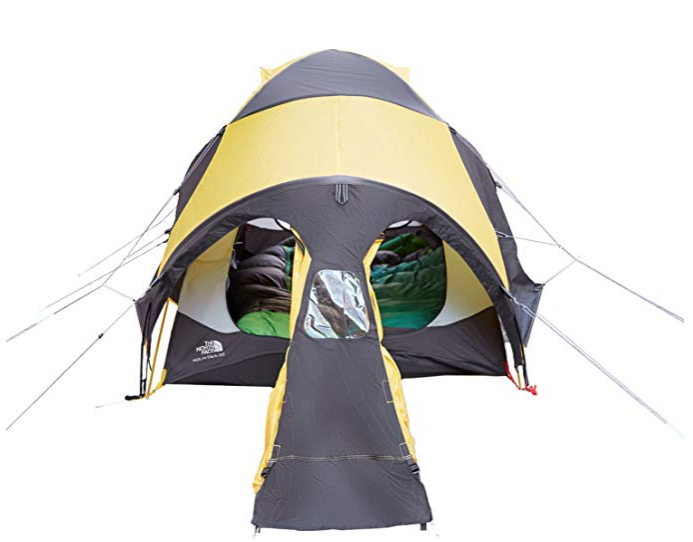 When you're camping in the winter and don't want to sleep in the open and risk freezing to death, it's a good idea to have one of the best tents out there to keep you warm at night! That's why we took the time to sort through the noise online and bring you the top choices in tents for camping in the cold weather.

Fortunately and unfortunately, there's not many single season winter camping tents, rather they span from 3-4 season quality. This is good and bad because a four season tent could be one that's best suited for a bitterly cold camping trip, but makes it feel stiflingly hot inside during a mild winter camping trip.

The good news is that there are certain 3 season tents that are specifically made for either harsh or mild winter conditions!

Those specialty 3 season tents are generally labeled "3-Season Extended" or "3-Season+". The choice between a 3-season and 4-season tent depends on the conditions you expect to face and the frequency you camp during the winter.

We're not talking storing mangos in these tents, capacity in this situation refers to the number of folks that can comfortably fit in the tent. Or maybe not so comfortably. However, you're generally not going to find a family sized winter camping tent that stand harsh cold weather.

Mostly the capacity for an ideal tent for these situations is going to be one - two.

The reason it's so low is because if you're camping in the cold you're going to have extra clothing and some heavy gear like boots, jackets, gloves etc.. Since you don't want to leave those outside over night, you're going to want to make sure there's space for them in your tent.

You'll also need to factor in things like a cot or other bulky items that could take up a lot of room.

Since you're taking this tent camping you'll want to make sure you don't need to bring a pack mule with you to carry this thing around in addition to your other supplies. That said, you don’t want to skimp on the effectiveness of your winter tent in favor of lighter weight if you’re camping in serious winter conditions.

You can also take one tent for your winter camping group, split up the different components (tent body, rainfly, poles) among each person to lighten the load.

Not many things are guaranteed anymore, but this Mountain Hardwear Trango has a GUARANTEED water tight seal and flap, and since it's on Amazon you can surely send it back with any complaints! This tent also only has 4 poles, which is pretty incredible when you think that it's rated to withstand harsh winds and has been tested with 1200" of rain. And being a 3 season tent that only weighs less than 10 pounds, it's pretty reasonable. Click here for more info. If you know anything about serious North Face gear, then you know that the Summit Series is no joke when it comes to staying warm in colder climates. This tent is a 4 season tent that boasts a "bombproof" rating, but it's not likely that you'll be needing that on a camping trip, but who knows. The set up also comes with 4 poles, weighs around 10 pounds when all packed up, and could easily fit inside a hiking pack. Click here for more info.